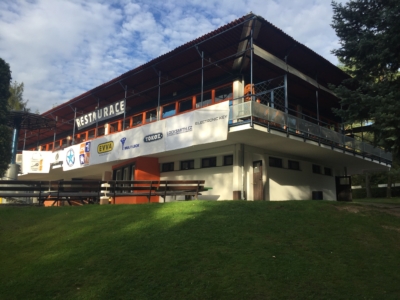 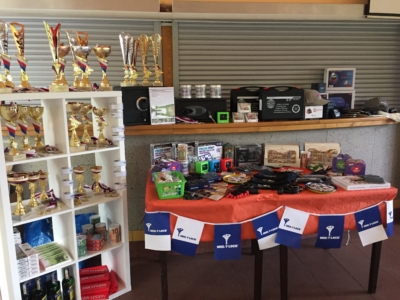 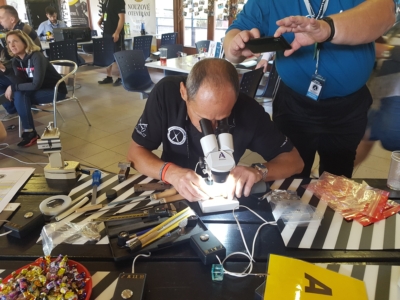 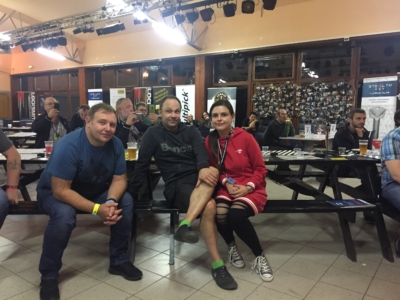 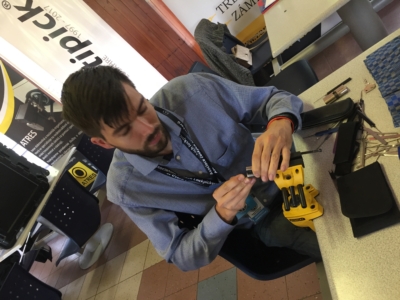 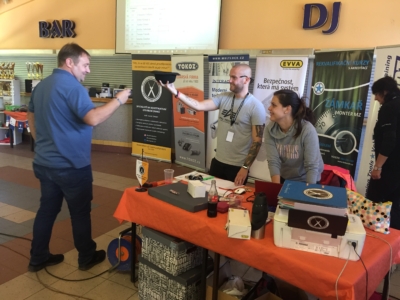 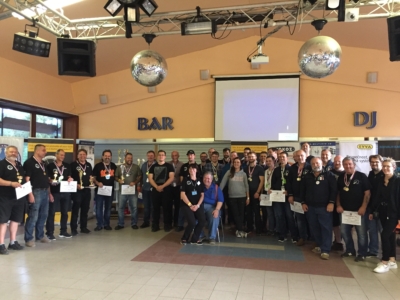 The 10th Czech Lockpicking Championship 2019 is already behind us, so let’s see how it went. This year was held on September 13-15, 2019, in Nová Živohošť (Benešov District, close to Prague). The competition was attended by a total of 35 competitions not only from the Czech Republic but also from Germany, Austria, Hungary, the Netherlands and Italy. We also had as special guests our friends from the USA, Scotland and Poland. This year our own electronic time-keeping button system was used for the first time and accurately recorded the times of all competition disciplines. The championship was supported by sponsors who provided  locks for the competition and also a number of valuable prizes.

There were seven competition disciplines. In the first discipline, safecracking – keyed safe locks, 4 teams were competing (all from the Czech Republic and Hungary). The selection of locks included CAWI 2618, SECU S 1000, MAUER 71111 and CAWI OPTIMA 2648; the local Czech team managed to win the competition.

Before the organizers of the competition gave the introductory speech, there were several lectures. The first was on impressioning, where Torsten Quast from the German SSDeV (Sportsfreunde der Sperrtechnik Deutschland e.V.) presented not only an introduction to the impressioning methods but also specifics of cylinders that were used in the competition the following day. Alejandro Ojeda from URBAN ALPS gave a talk over Skype video call about 3D key copy protection, their methods of protecting the key against attacks based on modern techniques of 3D printing and modeling.

During the official opening of the championship, we introduced our ACL (Association of Czech Lockpickers) team, our current activities and previous championships. In the evening, the second competition discipline began, namely opening of padlocks (preround) where a total of 26 lockpickeres competed. Our sponsors provided padlocks of the brands EVVA, TOKOZ, BURGWÄCHTER, YALE and FAB for this discipline. All padlocks were opened except for the TOKOZ type Alfa 40 padlock which was not opened in the prerounds nor in the A & B finals within the time limit of five minutes. A specially-built EVVA padlock (non-purchasable) was opened only by two lockpickers in the preround but in the finals, more lockpickers were able to open it.

Friday evening ended with presentations of all participating countries about the topic of lockpicking in their country. We have learned, for example, that possession of lockpicks in Hungary is may be a crime that is comparable to the possession of an AK47 automatic firearm.

On Saturday, Oliver Diederichsen told us about his book “Stasi Secret Service Tools” and safe opening techniques. Enrico Wendt introduced his family business and their product portfolio. Subsequently, we started another competition discipline – impressioning. First, all lockpickers took seats freely around the tables and had a limit of 40 minutes to impression a key for the Richter Euro Plus Richter cylinder. The first four lockpickers to finish the key advanced to finale A, the next four lockpickers advanced to the B finals. In A finals, the winner was Jan-Willem Markus from the Netherlands followed by Torsten Quast from Germany. In the B finals, Oliver Diederichsen was able to open 2 competition cylinders (FAB 100 RS and BKS) within 20 minutes; the other competitors failed to file the key to any competition cylinder within this short time limit.

We were honored by a visit of  Peter Field, who talked to us about various interesting locks. Then, we began the main discipline of opening euro profile cylinders, where a total of 25 lockpickerů competed. Contestants brought their own cylinders by DOM, Mul-T-lock, Titan, Mottura, Europlus, Rav Bariach, CISA, GeGe, BKS, ISEO, Corbin, CES, Abus, Yale, Viro and BASI. They had a limit of 5 minutes to qualify for the preliminary round of this discipline by opening their own lock.

Later in the B finals, contestants had problems opening the BKS and Mul-T-lock cylinders (only opened by the Czech representatives Luděk Sikyta and Karel Burian). In the A finals, the most difficult cylinders were the DOM IX6 and IX10; only the German lockpicker Marc Bromm was able to defeat them within 15 minutes and became the absolute winner of the event.

For the evening, the “Big Lockpicking Quiz” was prepared, where five teams competed. The teams were tested in their theoretical knowledge of topics including lockpicking, locksmithing and safes. The winning team was the German-Czech team.

Petr Wittner, representing the company Locksmith CZ introduced his new products for non-destructive opening of safe locks. There was also the second safecracking competition – manipulation of a mechanical combination lock; no one managed to open the lock within 60 minutes. The last competition discipline we haven’t mentioned yet was blitz where Marc Bromm and Jaroslav Coufal prevailed.

Among other things, the title of the Czech Lockpicker 2019 was announced. The title was defended by Jaroslav Coufal (from Prostějov) for the second year in a row. For the second place, Marek Pederzoli (from Prague) won the title of the Czech vice-champion in lockpicking and Karel Burian (from Tachov) became the 2nd vice-champion for the 3rd place. Luděk Sikyta (from Pilsen) and Miroslav Buchbauer (from Pilsen) took the 4th and 5th place, respectively.

Throughout the competition, everyone could try out the new version of Zieh-Fix III electropick on a large number of prepared locks at the stand of A. Wendt GmbH. Ken Peterson himself also visited us and the participants could buy his pick sets from him at discount prices. The representatives of the company Urban Alps were also present and introduced their whole product portfolio.

We have successfully finished our 10th Czech Lockpicking Championship and we are looking forward to next year when we will meet at the biggest Czech locksmith exhibition LockFest in Karlovy Vary in the middle of September.

SPONSORS AND PARTNERS OF THE 2019 CHAMPIONSHIP

RESULTS OF ALL DISCIPLINES