Championship disciplines under the microscope: Safecracking

Championship disciplines under the microscope: Safecracking

SAFECRACKING: “OPENING OF SAFES LIKE YOU HAVE SEEN IN THE MOVIES AND BEYOND” 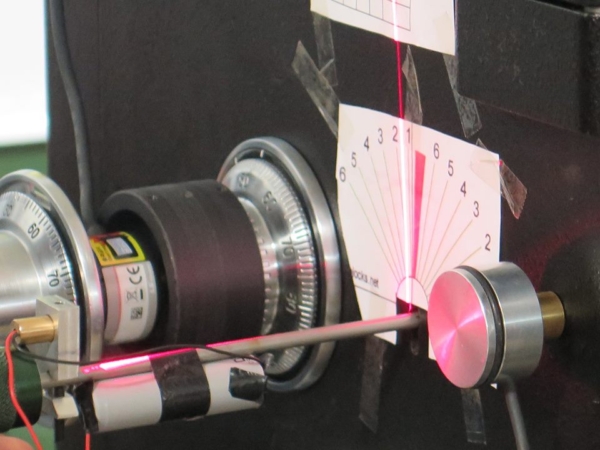 The term safecracking means nondestructive opening of safes and safe locks and usually involves either keyed locks or mechanical combination lock. Safecracking requires specialized tools such as safe lock decoders and “Hobbs’ hooks” (in English, these are usually known as 2-in-1 picks, as they function as both picks and tension tools). Such tools are specifically designed for each type of safe lock. Some tools are used to pick the lock, some to decode the lock which is followed by building the key separately and some tools let you decode the lock and build the keys at the same time.

Safecracking appeared for the first time at the 6th lockpickers championship in 2015 at ranch Vránov. The company Locksmith CZ organized a free-to-enter competition under the name “Safecracker 2015 – Open & Win 500 €”. There were two teams and several individuals that tried to open the locks. The competitors had a limit of 60 minutes to open the safe. The locks were La Gard 3330 mechanical combination lock and Mauer 71111 President keyed lock. At that time, no one was able to open the locks within the time limit, so the price money remained unclaimed. 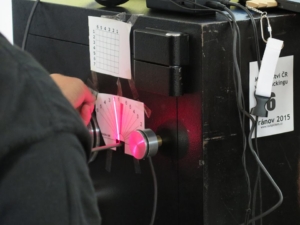 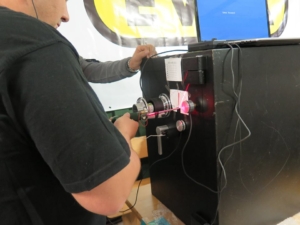 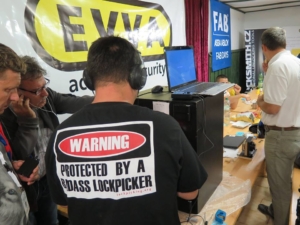 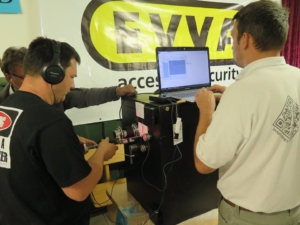 SAFECRACKING IN THE CZECH LOCKPICKING CHAMPIONSHIP 2019

This year, there will be two separate safecracking disciplines, namely the opening of mechanical safe locks for teams of 2 and opening of a mechanical combination lock for individuals.

On Friday, September 13, 2019, in the morning, we will start with the main competition discipline of opening keyed safe locks. Keyed safe locks are by far more common in the Czech Republic and neighboring countries, which is why opening of these locks is the main discipline. The maximum number of contestants is 28, meaning up to 14 teams of 2 can compete. If the capacity is not filled, individuals can also compete on their own. It is relatively common in the Czech Republic that two vault specialists open safes together, also, not everyone needs to have tools to open each lock. How the contestants cooperate in the team is completely up to them. They can alternate in opening the locks, or one person can be opening and the other can be assisting him/her by building the keys and preparing the tools. For evaluation purposes, each team is considered as one competitor. These Class A locks will be opened in this discipline: The MAUER 73042, MAUER 71071, MAUER 71111, STUV 4.19.92, CAWI OPTIMA 2648, CAWI 2618 and SECU S 1000; the time limit will be 30 minutes for each.

In the second safecracking discipline, mechanical combination locks will be opened. This contest will take place on Saturday in the evening. The contestants will have 60 minutes to manipulate open a Group 2 lock, which will be either by Sargent and Greenleaf or LaGard. Fastest opening time wins the contest.

Note: Safecracking competitions are not open to the public, access is granted only to contestants and referees. More detailed competition rules are written below.